Pordenone, 11th September 2021_It reminds to the Italian Baja of 1997, when Ari Vatanen suffered a terrific “tonneau” along the stony Cellina – Meduna riverbed, close to the Ariete Observatory, smashing the Citroen Zx Rally Raid. K.O. at the first round for the Finnish who was very fast during the prologue on the sandy beach of Lignano (at that time it did not count for the classification). Something similar happened yesterday to Krzysztof Holowczcy with his Mini John Cooper Works Rally, stopped by a ford across the Meduna river because of the too much impetuosity during the initial race tracks, aiming to immediately mark the race with a scratch ahead on his World Cup challengers. For the Pole (already winner at the Pordenone race in 2010) it was anyway not so bad, because the mechanics of the X-Raid team were able to pick up the car and arrange it to allow him to restart, although with a tremendous delay of 23’50”. But nobody knows, and games are still open for him at the World Cup 2021, after the successully results gained in August in Hungary and Poland. It’s a pity that on the long section from Dignano to Spilimbergo a navigation problem obliged him to drive for extra km, increasing the gap. Race dominated by the Toyota Hilux Overdrive, in particular by Yazeed Al Rajhi, definitely the fastest in both Selective Sectors, while the World Cup leader Yasir Seaidan, with his Mini X-Raid, gained the fifth position in the first Leg with a total gap of 8’10”.

SS1 “Meduna” (7,55 km). The first official stratch of the Italian Baja 2021 is signed by Al Rajhi with his Toyota Hilux Overdrive in 6’09’’, flying on the Meduna riverbed, regardless of the ford that let other challengers slow down. A surprising second position for the Portugues Tiago Reis with another pick-up Overdrive with a gap of 13’’, third place after 17’’ for Seaidan, the World Cup’s leader with his Mini X-Raid. At once a bad surprise for Holowczyc, as his Mini stopped on the track, unable to go on. He can rejoin the race but suffering a gap of 23’50” from the top. Fourth position for the Spanish Pons Puigdollers (Toyota) with a gap of 27’’5, eighth place and first one in T4 for the driver from Kuweit Althefiri (Can-Am Maverik). Immediately out of the top ten, at the 11th place Ventura (Yamaha Quaddy), 37’’9 away from Al Rajhi and ahead on the Ford 150 driven by Zapletal. As for the Italian Cross Country Rally, Galletti signs the best time in 7’02’’ confirming the gap from the World Cup’s bigs. The pilot of the R-Team, together with his team companion Colombo (both with Toyota Hilux) with a gap of 10’’, placing Codecà in the middle in 6’’with a Gran Vitara which suffers but fights along the riverbed. Ventura is first in the Italian SSV race, Borsoi (Can-Am Maverick) follows in 2’’ without risparmia, Rocco suffers 38’’.

SS2 “Dignano” (74,94 km). A hard race for all competitors, except for Al Rajhi, who was able to clearly distinguish all track signals without the disadvantage of the dust. The Saudi does not go wrong and can finish the sector in 59’14”, increading his positive gap ahead all challengers, starting with Reis, who paid 3’12” and the Lithuanian Vanagas after 3’59”. The first three drivers with Toyota Hilux Overdrive, a hard test of the team of Jean Marc Fortin. A wider gap for all those who lost the track near Ponte della Delizia, obliged to go back and look for the right direction. The off road difficulty is not just the hard route, but also the navigation, even with the road book support. Among the lost pilots also Holowzczyc, who had to increase his delay after an already unlucky race.

Today’s program. Second Leg proposing a Selective Sector to be finished three times, divided in two timed sections: “Pasch” of 12,40 km and “Dignano” of 79,91 km, in the middle a neutralization area during the transfer, linking the two off road tracks. Start for the first competitor at 8am, at 12pm and 4pm. In the evening at 8pm the Prize Giving Ceremony at the Freight Village, live streaming on the Italian Baja social media, while at 7pm a 30’ program transmission on air on Acisport Tv (channel 228 of the Sky platform).

In the video Commentary with Nicola Villani 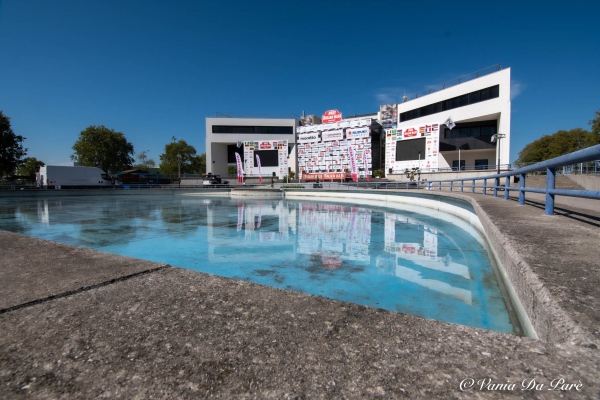 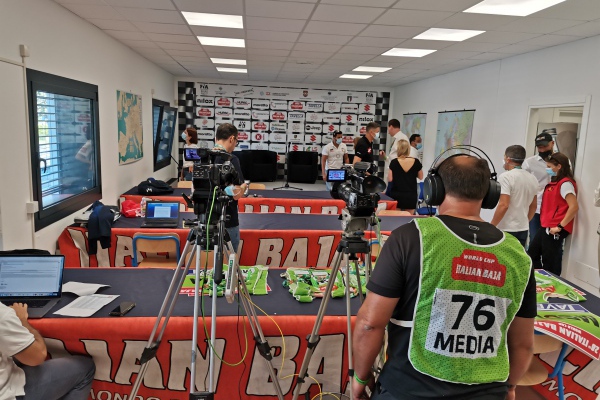 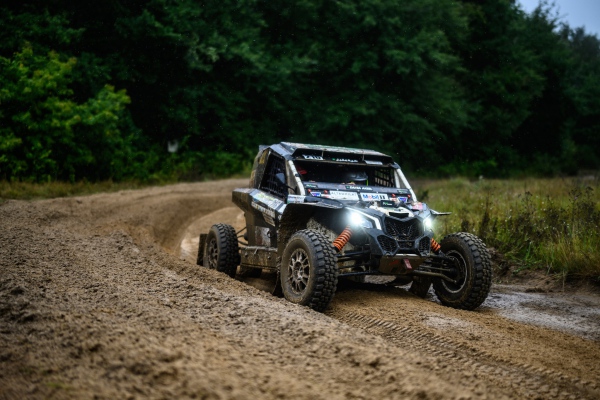